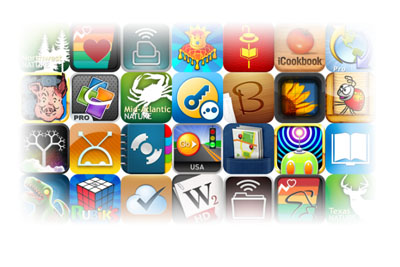 Echograph for smart applications for iOS
Instagram can say as one of the most successful photo-based application so there is rarely a benchmark similar applications. Unfortunately Instagram photo editing can only be used, not in the GIF format. Well, this is what a lot of applications referred to as his Instagram GIF images. This application can help users to create and share images gif format on popular social networking accounts such as facebook, twitter and tumblr.

Living earth – clock and weather on smart apps for iOS
Features clock and the weather has actually been available by default on the iPhone, but this app will present a more interesting functionality. This application displays a 3D simulation of planet earth with the weather and time information from places around the world. You can view the cloud conditions over a selected region in real time, and this application will automatically update every 3 hours. Besides the cloud, users can also see the condition of the air temperature, wind, storms in the appearance of an attractive 3-dimensional globe.

Action movie on smart iOS apps
Making action movies using your iphone may be a thing that sounds impossible to do. However, this application can help make it happen, at least to make the cut scene style Hollywood action movie with background places in your neighborhood. You can record video vehicle that was parked and add effects as if the vehicle was the target of a rocket and eventually explode. Although its use relatively simple, but the effect of that produced apparent

This site uses Akismet to reduce spam. Learn how your comment data is processed.